Did you know BAYADA helps people live safely at home in five countries outside the US? 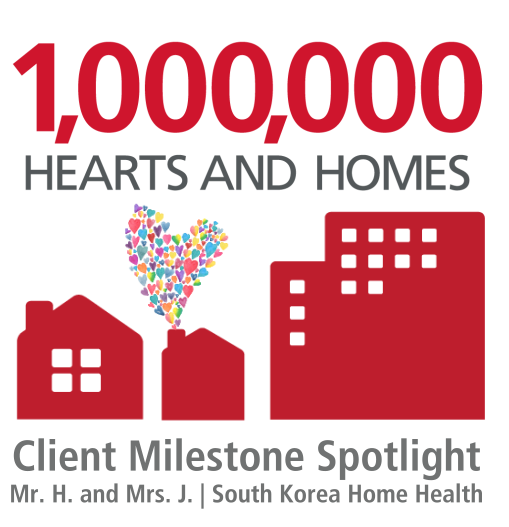 Many high-growth and stable economies around the world including South Korea (SK) are experiencing similar demographic trends to that of the US. In fact, in 2018, South Korea officially became an “aged society” according to the definition set forth by the United Nations: more than 14 percent of South Korean citizens are over the age of 65, and that senior population is growing. Nearly 58 percent of SK elders surveyed want to “age in place” at home, and in order to help care for this aging population, the South Korean government provides long-term care insurance and has instituted a Community Care program. Their goal is to help provide home health care services for 3.93 million seniors by 2025—increasing the current number of individuals served more than three-fold, and keeping these families together by diverting them from hospital and residential facility care.

South Korea's culture is one built on respect, privacy, hard work, and family bonds. Its long-running traditions are carried forward in the way people interact with one another, with respect and deference overtly shown for age, experience, and social and professional standing. At the same time, South Korea is incredibly progressive and has one of the most advanced health care systems in the world.

This week’s spotlight comes from Mokpo, South Korea—a coastal city on the tip of the Korean Peninsula.

We’re proud to share one international milestone story illustrating how home health care services are allowing South Korean seniors to age where they most want to be—at home—with comfort, independence, and dignity.

Mr. H. (79) and Mrs. J. (76) are a married couple who, after working hard and raising a family, are getting to enjoy retirement in their familiar family home in the port city of Mokpo, South Korea. But lately, both Mr. H. and Mrs. J. haven’t been feeling quite like themselves. In fact, for the past year, they both have been experiencing memory lapses and mood disturbances.

At first, they didn’t pay much attention to it, assuming it was just part of getting older. And as proud, self-reliant South Koreans—whose culture is much more private and less emotive than in the US—the couple never even considered talking about their troubles. But when the incidents started to become more serious and, at times, downright scary, they could no longer ignore them or simply blame it on age.

Realizing something was wrong

The family recalls a particularly jarring event that prompted them to start thinking differently about their needs and ultimately decide to seek help. 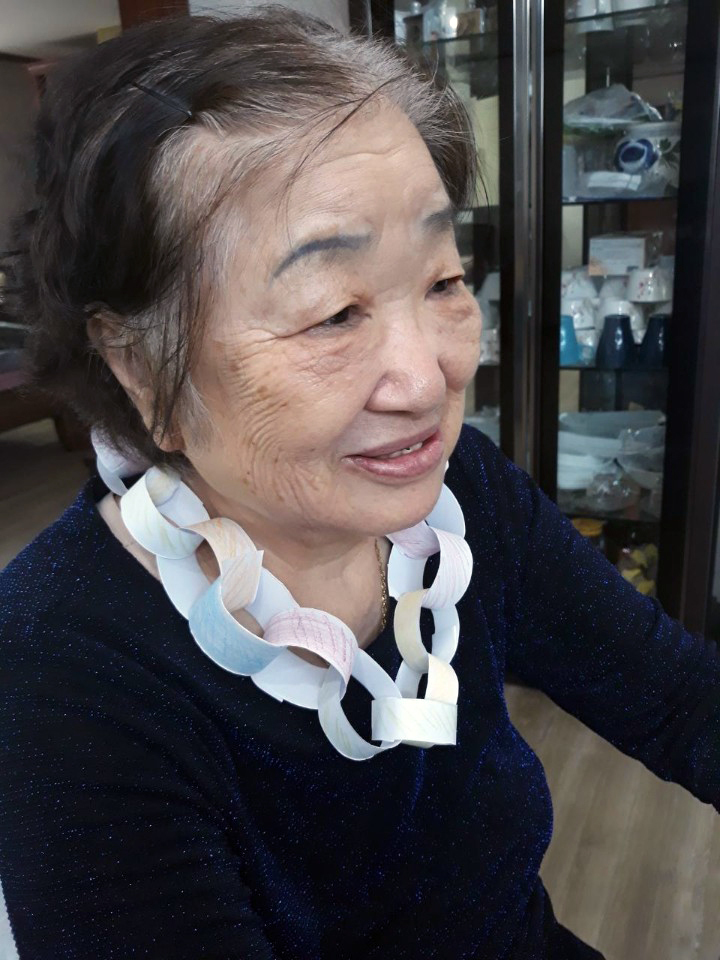 It happened on just an ordinary day, while Mrs. J. was walking her familiar path on the way home from the grocery store. Suddenly, Mrs. J. became disoriented, as if she’d been thrown into a place she’d never been before. Try as she might, Mrs. J. could not remember the way home. She felt lost and increasingly desperate.

Thank goodness, even in her panic, Mrs. J. eventually found her way home safely. But then arriving at her own front door became another intense frustration. She couldn’t remember the code to her door lock.

Around the same time, Mr. H. also was experiencing disruptive memory problems, and friends and family noticed that both husband and wife were speaking and behaving unusually. These unnerving changes in memory and personality were making the couple—and their two adult daughters, who felt a great responsibility to care for their parents, yet were prevented by their work obligations from always being there—extremely anxious.

The news no one expected

The couple’s children became so concerned that they insisted on bringing their parents to one of the largest hospitals in Seoul. It was there that the family received shocking news. Doctors diagnosed Mrs. J. with Alzheimer’s disease—the most common form of dementia (a decline in memory and thinking skills caused by damage to brain cells) that can impact memory, thought, and behavior, and they diagnosed Mr. H. with both Alzheimer’s ddisease and vascular dementia—the second most common form of dementia related to inadequate blood supply to the brain.

Although anyone can develop dementia, this family never dreamed it would happen to them. Dementia can’t be cured, but the doctor recommended a professional home care service and prescribed medication to slow down the worsening of their symptoms. Since the couple would have difficulty getting to a dementia care center for services, BAYADA dementia care services provided at home would be a perfect fit.

Making the choice to get help 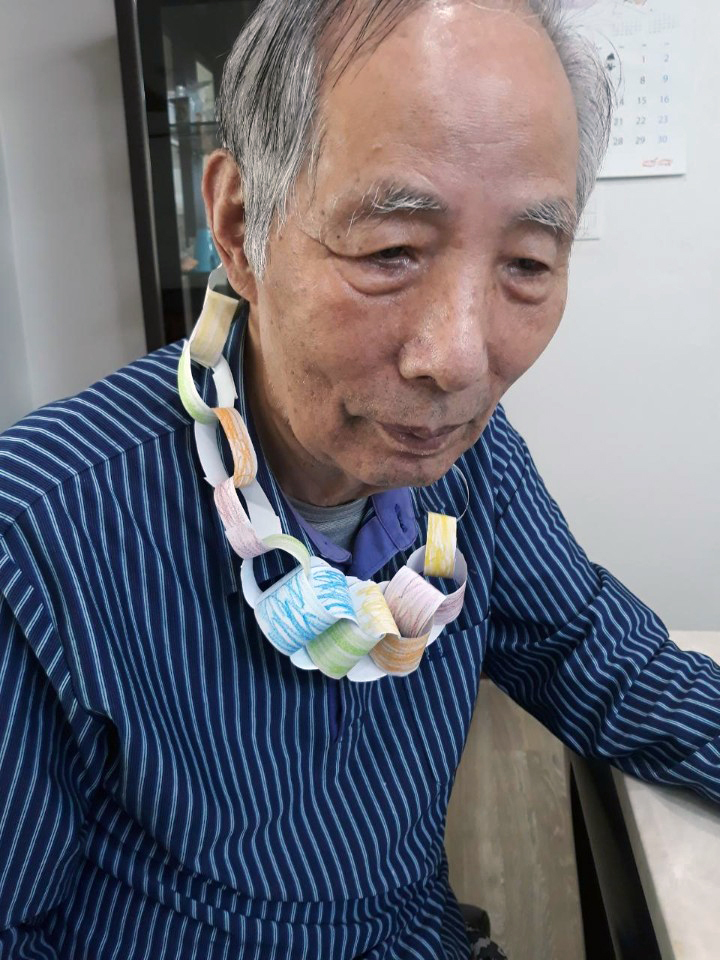 Together, their family decided Mr. H. would be the first to receive home health care services, since he was experiencing the most serious personality changes and memory problems. His BAYADA care team created a personalized care plan based on the doctor’s orders. His care plan had two goals: to improve Mr. H.’s emotional stability and reduce the fear and isolation he was feeling due to his condition, and to help Mr. H. preserve as much of his cognitive skills as possible.

BAYADA Nurse Kim visited their home twice a week to do therapeutic exercises with Mr. H. such as origami, singing, and solving puzzles. She also coached him on managing his condition and his activities of daily living with great skill and compassion, soon becoming a close friend and part of the family.

With great satisfaction, just a month later, their family decided to add Mrs. J. as a BAYADA client. Mrs. J.’s personalized care plan focused on reducing her memory disturbances and relieving the stress and depression she was experiencing due to their dual diagnoses.

Peace of mind for the whole family

“It is very rewarding to me the way they always wait for my arrival and welcome me when I visit their house,” says Nurse Kim. “I want to do my best as their nurse, friend, and supporter to keep helping them maintain their vitality and daily activities through our home care services.” 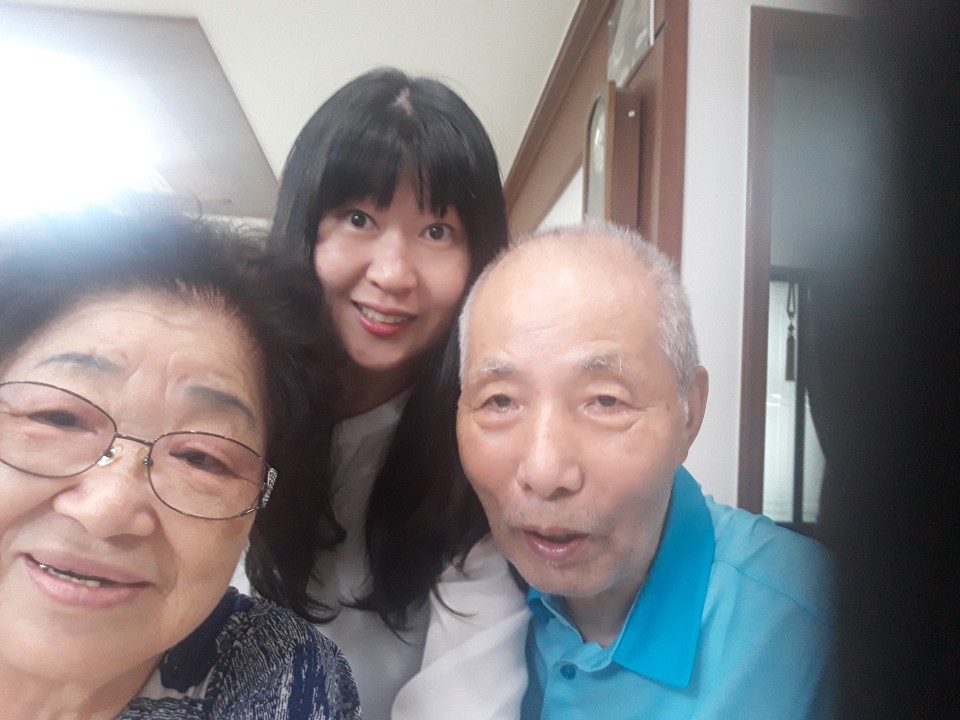 Although there have been difficult moments in their journey, just five months into their BAYADA services, the couple now enjoys a much better routine thanks to their newfound and hard-earned progress. Mr. H. is showing improved memory function and regulation of his emotions, his unusual behaviors have decreased, and he feels more relaxed. Mrs. J. now experiences significantly fewer memory problems and no longer has difficulties navigating the tasks of her daily life. Their entire family is grateful to see the return of that big, bright smile of hers that they’ve always loved, and all feel a sense of relief to be able to trust and confide in their BAYADA Nurse about any issues, fears, or anxieties that come up.

“We feel like we got our connection back!” says the married couple. “Now we have confidence and peace of mind that we’ll be able to stay well thanks to BAYADA’s sincere concern for us and their reliable services. We want Nurse Kim to be with us for a long time.”

BAYADA took our first step into South Korea with the establishment of a joint venture partnership with Korea Home Health Care in September 2016. Led by managing director Kimmy Kim, we now provide assistive care services through long-term care insurance, and RN visit services through patient support and clinical trial programs. BAYADA Korea anticipates expanding its services by working with the government to build out a much-needed continuum of care model, incorporating relationships that they have built over the last year with government payors, hospitals, doctors, and nurses across Seoul and South Korea. We are excited to help the South Korea team build a legacy of trust and care, enabling them to serve even more people across the country.